Easter in the Netherlands

This year we are spreading our wings and being brave and not going back to the same old campsites or countries!! We like France but there are other European countries to visit. I have always enjoyed visiting the Netherlands; the first time I camped there was with the Guides when I was 13, I had a brilliant time and found the Dutch really friendly. So in the summer holidays when I was 18 I worked for 3 weeks on a Dutch scout campsite near Njmegan. This was a great experience; although I had to have a strong stomach to clean the toilets in the morning there were pluses such as learning how to pull a pint of Dutch beer, drive a tractor and ride a bike with no brakes (you had to pedal backwards to stop.)
Abbie and Harry had only been to the Netherlands once a couple of years ago when we stayed at Center parcs at der Kempervennen. We didn’t leave the site so didn’t really experience staying in Holland. http://www.muddywellies.org/het-voeden-van-de-ganzen-feeding-the-geese.htm

Over Easter we booked to stay at Duinrell, in Wassenar near The Hague. I had heard great reports from friends about this site; it is close the the beach and has an on-site amusement and waterpark, not to mention a luge, mini golf, go ape etc, the list goes on….!! It is also only just over 3 hours drive from Calais. We left on the 7:50am tunnel crossing meaning that in a morning we could travel through 4 countries !! (England, France, Belgium – v scary drivers and Holland!) Abbie is learning French and Spanish at school, she was however keen to learn some Dutch. We couldn’t find our phrase book so relied on the 3 pages at the back of the book – ‘A rough guide to the Netherlands’, which bizarrely included the word for a drink of warm milk flavoured with aniseed – not that useful (or pleasant!)

We arrived at Duinrell and were situated in the German section of the site (the section which had nearly 100% German campers.) We love people watching at campsites – it can be really entertaining. We had one neighbour who had a v small dog and he would ride his bike with the dog in his coat. And the next row of pitches to us had a large group of Germans who spent most of the time drinking beer around a high metal bar table!! Clearly an item to add to our camping packing list?? They all seemed impervious to the cold and were happy to stand outside until the early hours drinking beer!
The swimming pool was amazing but most of the slides were a bit too scary unless you like extreme G force. Our favourite rides were the lazy river (you had to sit in large rubber rings) and a slide called cannonball!!
We thought we should try some Dutch food while camping so bought a large box of chocolate sprinkles to eat on buttered bread. It was amazing value, only 2 euros for 600g box! I remember on Guide camp that was all we ate for a whole week – chocolate sprinkles sandwiches! Ian and I also tried the local beer – Amstel (with another sprinkle sandwich?!) 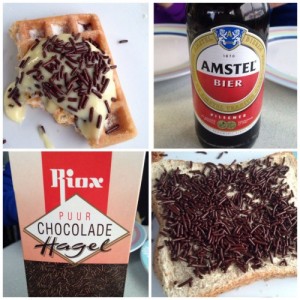 On Easter Sunday we went to the beach (only 4 km from the site) and played cricket to warm up, the beach was busy and would be lovely in the summer. 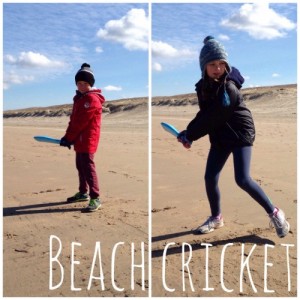 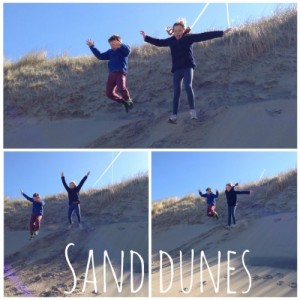 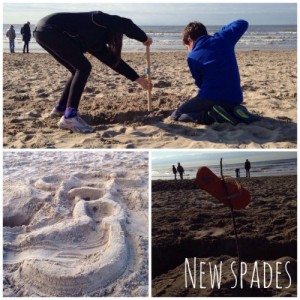 In the afternoon we visited Keukenhof gardens unaware that it was a ‘mecca’ for Shearings holidays and Japanese tourists! Ian restrained himself but really wanted to snap all the selfie sticks (v popular with Japanese tourists.) Still we ticked most of the typically Dutch tourist things to do in less than 2 hours; tulips, windmill, buy clogs and get clogs engraved and yes have photo taken next to plastic cow with Dutch cheese on back?! 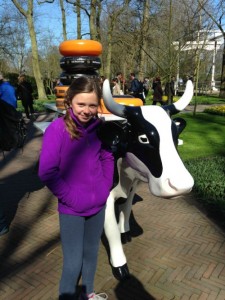 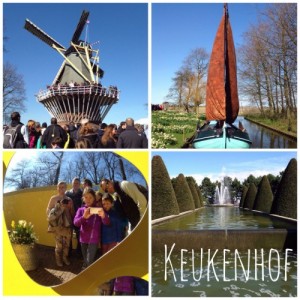 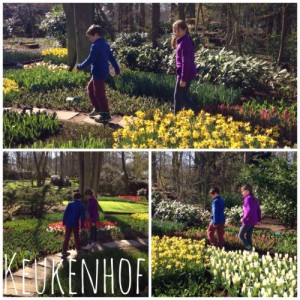 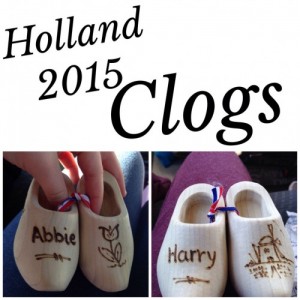 I would definitely recommend this campsite if you have children but not if you are looking for a wild camping experience!! http://www.duinrell.com/

(Proof that even the Easter Bunny likes camping……) 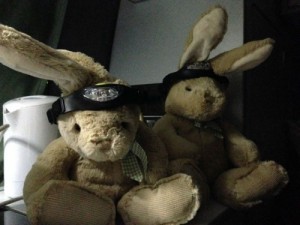