Over the May 1/2 term we spent 6 days camping at Chateau de Lez-Eaux in Normandy. The 5 star campsite is part of the Les Castels camping chain and was about 4 & 1/2 hrs drive from Calais. The site has an outdoor pool, an indoor pool with 3 slides, a tennis court, boule, table tennis, a play park, bar, take away and small shop. As you would expect the toilet blocks were extremely clean and the showers were really hot. If you wanted to glamp you could book a tree house or a chalet complete with outdoor hot tub! The outdoor pool was OK if you were swimming fast and the indoor pool was small; the children enjoyed the slides except for the bump 1/2 way down (painful!)

Bizarrely on the 2nd day Harry spotted his school friend Hugh on the way to the shop – we didn’t realise that they had booked the same site! This was really great as the children could play together in the evening while we could keep warm in the bar! 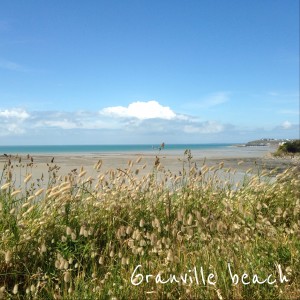 The closest beach to the site was Granville. Unfortunately for the sea swimmers in the family the sea was a very long walk 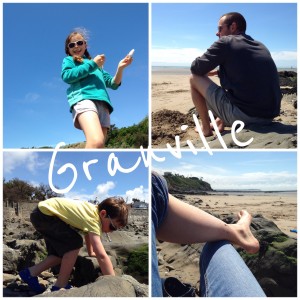 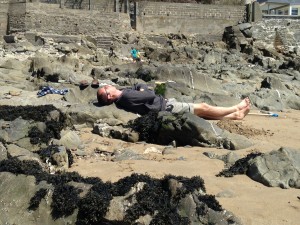 After a picnic and muddy walk through the silt we found a sheltered sandy spot. Abbie and Harry looked for shells and it seems from this photo – Ian took the opportunity to practise levitation!! 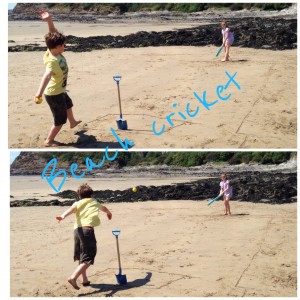 Fortunately the beach was perfect for cricket 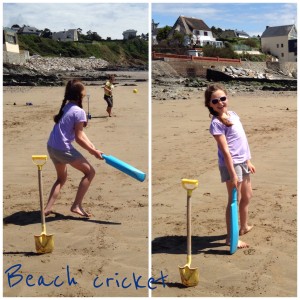 The most popular tourist attraction in the area was Le Mont St Michel – about 40 minutes drive from the site. 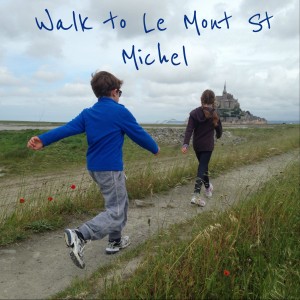 The island was about 2.5Km from the car park and we chose to walk rather than take the coach. Harry was not impressed!! The island was very busy and totally geared for the tourists – but definitely worth a visit 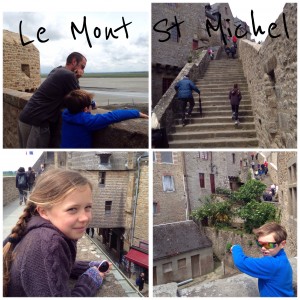 We visited a beach near St Malo in Brittany which was much better for swimming. The sea was incredibly clear and I would definitely like to explore / swim in this area some other time. There were lots of little islands just off the coast which looked really tempting to swim to! 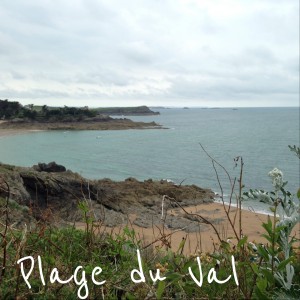 Despite the weather Harry and Ian spent 2 hours building a lake from the little streams running down the beach. 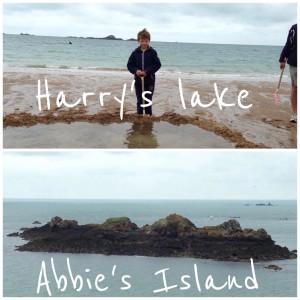 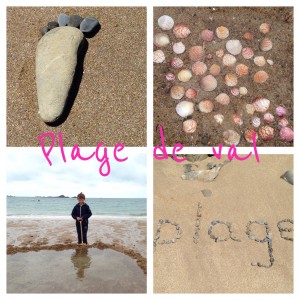 This was our first camping trip in France with the new awning – generally it fared well although one seam between the van and the tent leaked. As you can see I managed to adjust the angle of one of the poles in the boot!!! I think it was a great improvement to the design…. 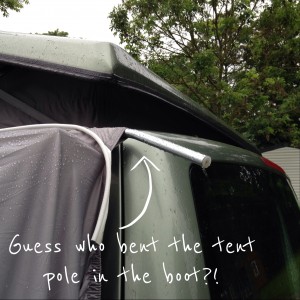 We had one v annoying neighbour who had a really noisy satellite dish- ‘Mega Sat’. Ian tried to explain to him that Abbie and Harry wanted to sleep and not to listen to the grinding nosies the satellite made when trying to seek out a signal.

I thought it was a slow cooker….. 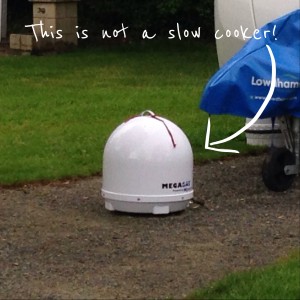 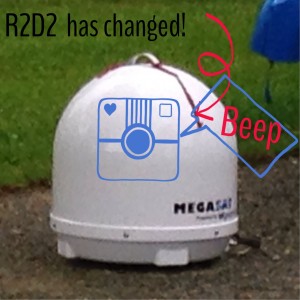 We met up with Sarah and Chris in the bar while the children played outside. The bar was generally very quite but did have one unusual feature – a plastic horse head stuck below an air conditioning unit – hmmmm…. 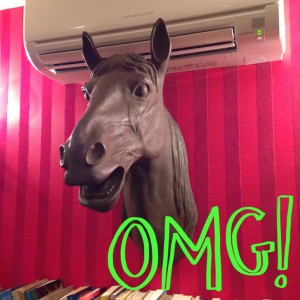 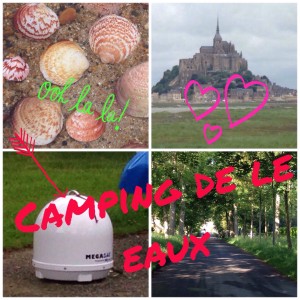 Another Abbie postcard featuring the highlights from our holiday

p.s. I apologise for the photo editing by Abbie and Harry!!