I borrowed this library book today to get some ideas for Beavers for next term – it has some great suggestions for outdoor activities. I find it is usually a good idea to test them out first on some willing subjects…. (aka Abbie and Harry!) 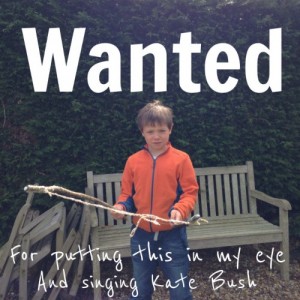 Not only was she unimpressed with the eye incident but also with the fact that Harry spent most of the day singing Kate Bush hits?????! More about that later… Anyway we took some good pictures which I will share….. 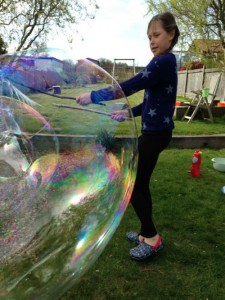 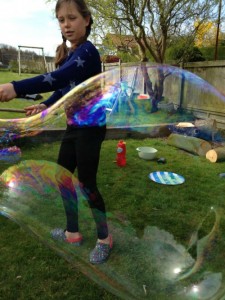 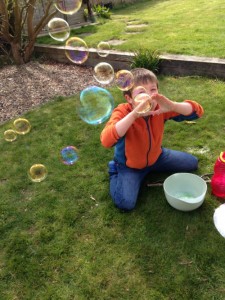 Abbie was still suspicious of Harry….. 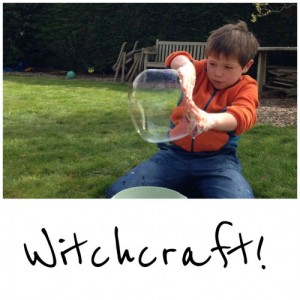 Our verdict – I think a great activity for the Beavers but maybe we will need an eye bath on standby and we should avoid playing Kate Bush….. ever!